On 30th December 1961, the last scheduled passenger trains ran between Hitchin and Bedford. Taking just over half an hour for the journey to Bedford, the 7.00pm from Hitchin made the very last journey, hauled by BR Standard Class 2MT 2-6-2T, number 84005.

The closure of the line to passengers, more than a year before the fateful ‘Beeching Report’, appears to have received surprisingly little local publicity at the time. Phil Howard’s excellent book Take the Train from Hitchin, published by the Society in 2007, provides a thorough description of the line and its history. Sadly this book is now out of print, but copies can sometimes be found in second-hand bookshops. 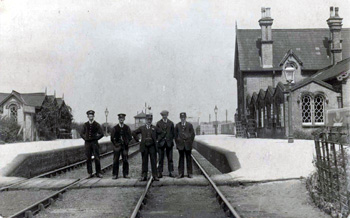 In summary, the railway from Bedford to Hitchin was built by the Midland Railway (MR) as a means of gaining access to London for its passenger and freight traffic. Until 1857, MR trains for London had to go from Leicester across to Rugby where they joined the rival London and North Western Railway (LNWR) route to Euston.

Authorised in 1853 and completed in 1857, a new MR line was built south from Leicester (Wigston) through Wellingborough and Bedford to Hitchin. Here there was a junction with the Great Northern Railway (GNR). From February 1858 MR trains ran direct to King’s Cross, meaning passengers no longer had to change trains at Hitchin. 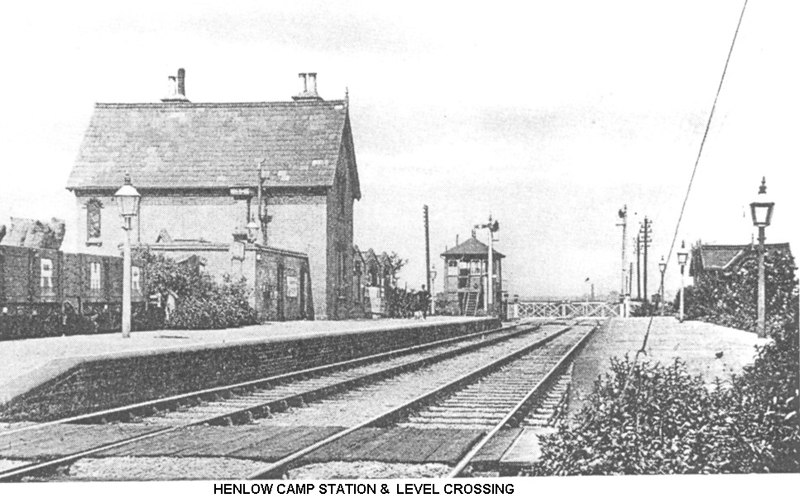 With accusations of unnecessary delays to MR trains south of Hitchin, the relationship between the MR and GNR became as difficult as it had been between the MR and LNWR, and so the Midland decided to build a direct line from Bedford to St Pancras. This opened in 1867 for freight and in 1868 for passengers, meaning the Hitchin to Bedford line had seen main line trains for barely ten years of its life. In 1911 the MR singled the branch, with the exception of the section between Shefford and Southill.

Services between Bedford and Hitchin, as on many similar branch lines, were never frequent. Typically, there were four passenger trains each way daily but none on Sundays. Trains called at all intermediate stations: Henlow (Camp from 1/3/33), Shefford, Southill and Cardington. Ickleford had often campaigned for a station in their village but nothing ever came of it. In 1958, BR introduced a more frequent diesel railbus service, but soon reverted to steam traction. On closure to passenger services at the end of 1961 there were seven steam trains each way, Monday to Saturday. 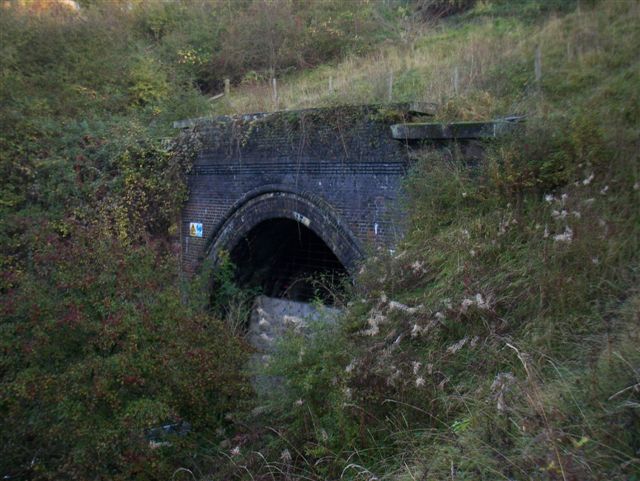 Warden Tunnel North Portal, near Old Warden, on the disused Bedford-Hitchin railway. Now part of a nature reserve. © D Brewerton and licensed for re-use under this Creative Commons Licence

A section of the line achieved fame as the location for the railway scene in the film Those Magnificent Men in their Flying Machines, filmed in May 1964. Seven months later, on 28 December 1964, the freight service which had clung on between Bedford and Shefford was finally withdrawn, leaving only Air Ministry traffic between Bedford and sidings at Cardington. In 1969 this last use ceased and the line closed completely.

There has been talk of the line’s possible reopening, as part of the East-West Rail Project Until the late 1960s it was possible to travel directly from Oxford to Cambridge by rail, via Bletchley, Bedford and Sandy. The line between Oxford and Bedford still exists, parts still in use, some of it ‘mothballed’, and some with rails removed but trackbed intact. However, the line from Bedford via Sandy to Cambridge would be very expensive to reinstate. One alternative, being considered, is for East-West Rail trains to use a restored Bedford to Hitchin line, then via Royston to Cambridge. Don’t hold your breath, though!