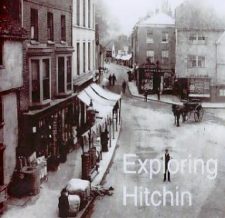 A new book, a follow-on from Discovering Hitchin, will be launched in 2017 as a tribute to Scilla Douglas. The committee has agreed that Pauline Humphries, Bridget Howlett, David Howlett and John Lucas should work with the publications team to proceed with plans for its production.

Alan Fleck is working on a new and revised version of his Exploring Hitchin CD-ROM, and is also looking to launch next year.