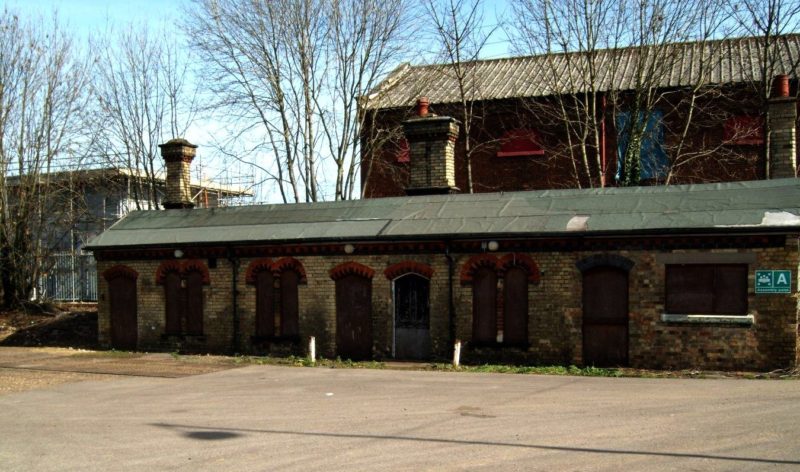 Between McDonalds and Hitchin station roundabout on Nightingale Road, if you look inside the railway yard you will see a rather forlorn-looking, single-storey building with two tall chimneys. Until recently it had a buddleia growing through its roof, but it is now temporarily protected by some blue tarpaulins. This once-splendid building was the weighbridge office (look closely on the far left of the photo above, on the ground, and you can see the weighbridge platform itself) for the goods station of the Midland Railway (MR). The building is on North Herts District Council’s Hitchin Register of Buildings of Local Interest (Local List), last revised July 2011. It is also within the Hitchin Railway and Ransom’s Recreation Ground Conservation Area. 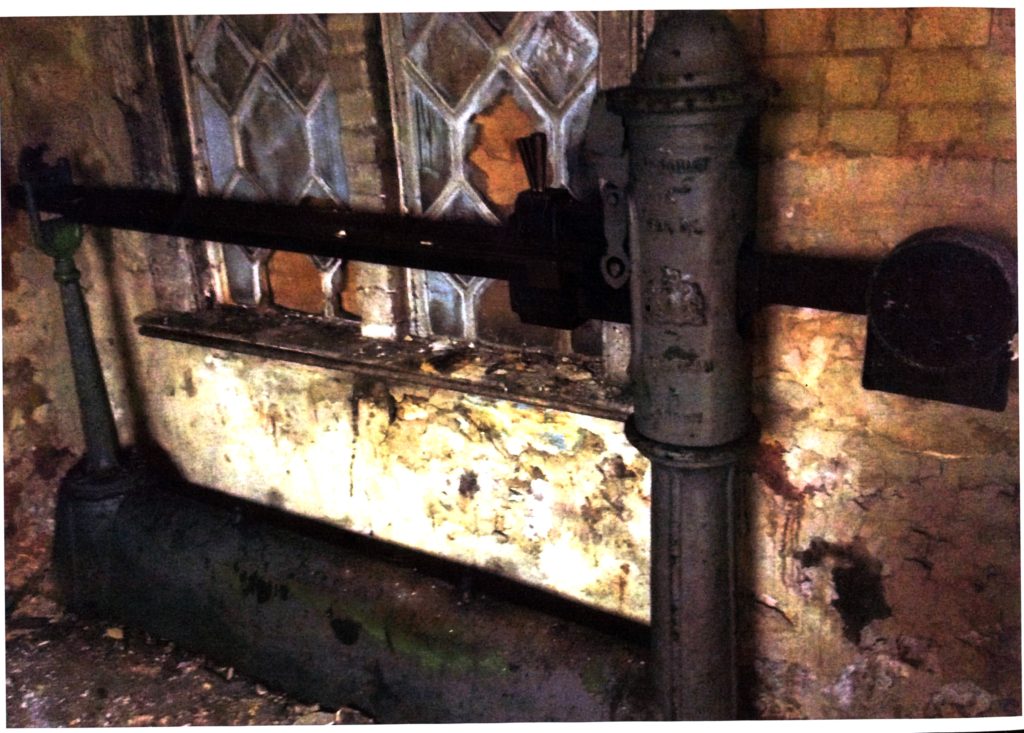 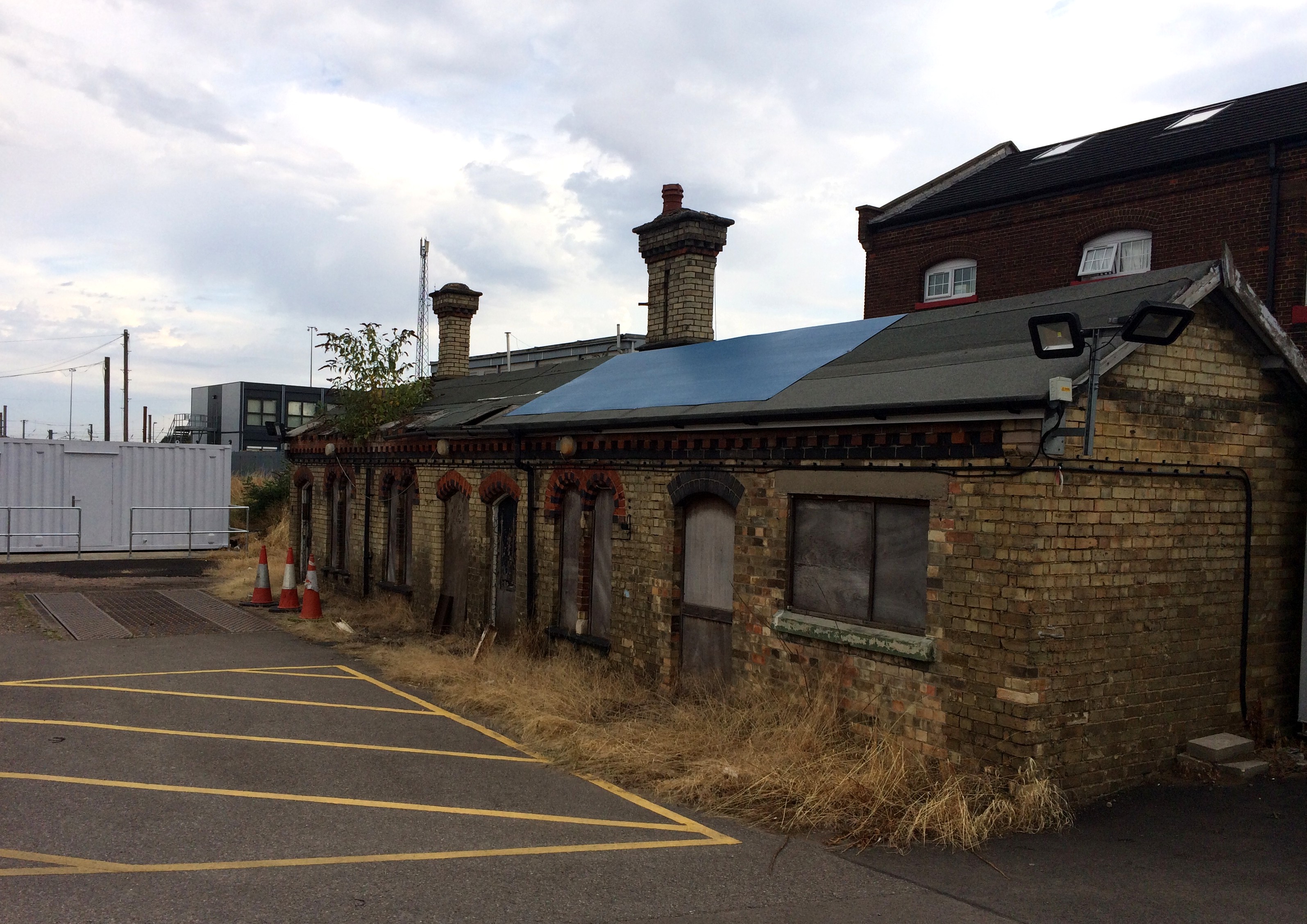 August 2016, with buddleia, minus chimney, courtesy of David Bourne

The Society understands the building has not been used by its present owners, Network Rail (NR), for some considerable time. A while ago, NR found that the chimney at the south end of the building (far right in the top photo) was in a dangerous state and demolished it, and one of the round-topped double windows has been replaced in the past with a plain rectangular one. Otherwise the fabric of the building is not in too bad a condition, and is certainly ripe for conservation. HHS has been active recently in exploring a possible future for the building. In this context, we have made a number of visits with the kind permission of Network Rail. Latterly, we have sought help from the Executive Director of the Railway Heritage Trust, who has now visited the site and was very encouraging about the possibility of the building’s restoration. The Trust is a grant-awarding body!

Our member Bill Davis has been enthusiastically arranging meetings, following up contacts and generally keeping this project in the forefront of our minds. Many thanks to him, and to our programme secretary David Howlett, David Bourne, and Tony Deadman of Network Rail.