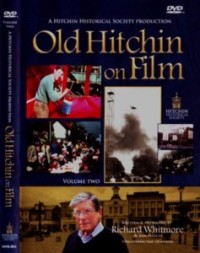 The DVD contains sixteen short films covering events from 1912 to 2012:

See the launch at the Queen Mother Theatre.

This DVD is no longer available from the Society.
Publisher: © Richard Whitmore and Hitchin Historical Society 2015