A History of Local Imprisonment 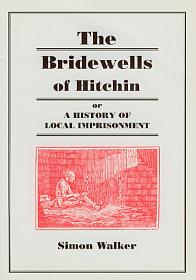 This short history looks at crime, punishment and imprisonment in the town from the seventeenth century. Hitchin has had a number of lock-ups and local prisons over the years; there have been bridewells – named after the original Bridewell in London – near the Priory, and in Bancroft, where the last of which was demolished in 1997. Conditions in these “Houses of Correction”, as they were more properly called, were sometimes quite appalling. Also included is a brief history of police stations in Hitchin.