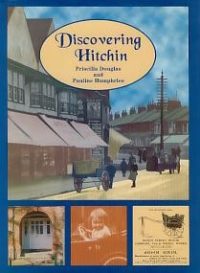 The material which makes up this book was first conceived if as a basis for a small pamphlet; little did the editors realise what they were taking on!

Hitchin has a unique and historic town centre which has, over the years, inspired local historians of many generations to take up the pen, paintbrush and camera. But Hitchin also has special characteristics in unsuspected corners of its suburbs. This book is intended to record something of these distinctive aspects of suburban Hitchin, some in situ, some long gone, but all remembered by someone.

In a tour of town contributors visit many roads where ordinary Hitchin people have lived and worked out their lives in the past one hundred or so years. The tour also highlights something of the rich diversity of architectural styles, small but important details of streets themselves, and of everyday life. It incorporates anecdote, ephemera and illustrations never seen outside family shoeboxes.

Above all this is a co-operative book. Hitchin still enjoys – in the fullest sense of the word – a strong sense of identity and this has underpinned the efforts of all those who have contributed to this book. Exploring Hitchin’s history is not just about “the past”. It is also the means by which we learn more of what has made the town’s “present” and to better inform the shaping of its future.

Both Priscilla Douglas and Pauline Humphries work in local secondary schools and are long-standing members of the Hitchin Historical Society and share an interest in the history of the town. Priscilla has been a member of the Society Committee since 1990 and has two books to her credit on the history of Hitchin Girls (Grammar) School. Pauline is also a Committee member and has been Society Librarian since 1985; she has manned publication stalls across the county publicising Hitchin and its local history.

The contributors, over a hundred in number, are drawn from across the town and its immediate neighbourhood. They are all listed in the Acknowledgements. The editors wish to record their thanks to them all on behalf of the Hitchin Historical Society for without their efforts this book would not have been possible. The editors also wish to record their hope for the future that this volume will inspire others to take up their pens and pluck up courage to scrutinise their neighbours’ house deeds, photograph albums, manhole covers or whatever else takes their fancy in pursuit of the unfinished history of our town.

This book is currently out of print.