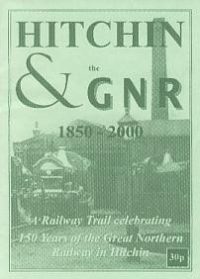 Railways are a British invention dating from 1804. In 1847 work began on the London to York railway which became the Great Northern Railway, and the first public train arrived in Hitchin in 1850. This ‘Railway Trail’ illustrates the changes that can still be seen around the town as a result of the arrival of the railway to the town.

David Howlett is a long-standing member, and past chairman of the Society.