A look at what’s under our feet 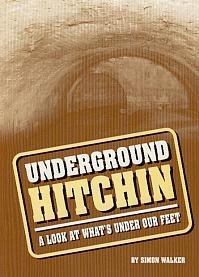 You don’t live in Hitchin for very long before local people tell you about the tunnels that are said to exist beneath the town, spreading out in a labyrinth from the Priory. But are they really there, or are they a myth? Simon Walker attempts in this book to answer this and other intriguing questions.

The tunnels are said to have been built during times of danger as an escape route for the Carmelite friars at the Priory, and led to exits in several of the older buildings of Hitchin. The author spent many months collecting tales of tunnels from local people, and has investigated many cold, wet and occasionally dangerous underground workings.

As well as tunnels, Underground Hitchin looks at other underground features that lie beneath our feet in this ancient market town, including cellars, sewers, icehouses and air-raid shelters.

In the author’s words, “this sort of research makes you look at the town in a new light. We are often told we should look up at the buildings in order to appreciate the architecture of the town; perhaps we should look down as well.”

Simon Walker has lived in Hitchin all his life. He is in his sixties, married with two sons and three granddaughters. In early 1999 he gave up work to concentrate on his passion for history, and he says he has not regretted the decision. He is author of The Bridewells of Hitchin, published in 1998, and is working on further books on crime and punishment. Simon was Honorary Secretary of Hitchin Historical Society for many years and is now editor of the Journal.