No outings last month so less news to report this time. At the end I’ve added a few photos of buildings in Sun Street which, if you’ve bought the new Walk Along Sun Street leaflet, may interest you. We didn’t have room for photos as well as line-drawings in the leaflet, so look on these as a supplement.

Other news briefly: the money from this year’s Christmas raffle will be donated to North Herts Sanctuary for the Homeless; and membership now stands at 386.

John Lucas’s book was launched with great success on 31st October at Philpott’s in Sun Street. Philpott’s, the furnishers, was once the Lucas house which Eric Philpott purchased in 1934, so it was a very appropriate setting and the owners did us proud. Phebe Glaisyer, née Lucas, spent her childhood years in this house in the early 19th century, and John’s book covers her childhood memoir.

The book is available for purchase from the Society (it’s not yet on our publications page but contact Pauline, our publications officer, and she’ll do the necessary); in Hitchin from Eric T Moore Books, Waterstones and the Museum and Art Gallery; and in Letchworth from David’s Bookshop. Price £10.95.

I don’t have the photos of the launch yet, so I’ll add them to next month’s news.

On 13th October the Hitchin Committee, part of North Herts District Council, discussed the various options for the refurbishment of the Town Hall to incorporate Hitchin Museum and some community activities. The Strategic Director of Customer Services advised that Option E of the Feasibility Study (an amalgamation of two of the original proposals which includes a roof terrace and a study room) retained a high level of community use. 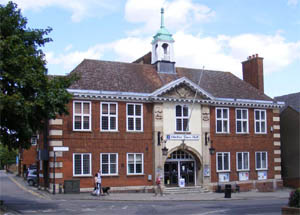 However, according to the minutes (I tell you that to explain the very long sentence which now follows) members expressed many concerns, including that a “holistic approach” had not been taken; that the existing museums were no longer fit for purpose; that other options had not been considered sufficiently; that cost savings would not be realised if the decision was taken without regard to other options; that full consultation had not taken place; that comparative figures were not available regarding the costs of refurbishing the Town Hall without a museum or the costs associated with the operation of the existing museum service; that Letchworth Museum remain open until a new museum was available in order to protect exhibits. Here’s what they recommended to Cabinet:

The Committee was in agreement to submit its concerns to Cabinet, except for one abstention. Perhaps the most telling point was that it was the Finance Officer who abstained. Curious. 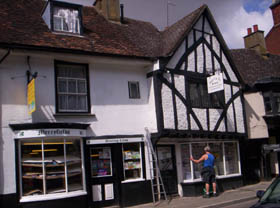 The Beauty Room, 18 Sun Street, HItchin is one of the older buildings in Sun Street, probably a 16th century cross wing. Here you see the gable end. 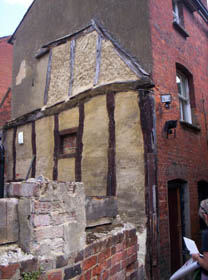 The Alley next to the Kings Arms, Sun Street, where the structure of a demolished timber-framed house remains exposed. 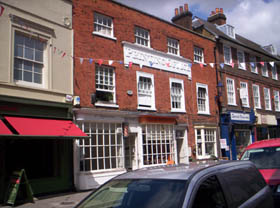 Paternoster and Hales Printing Office stood here at 27-28 Sun Street, Hitchin. It was originally Paternoster’s Bookshop and Stationers from the late 1700s, it is now three shops. 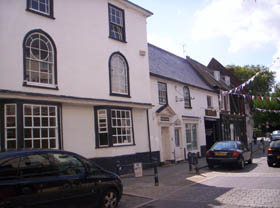 Our next meeting, The Straw Plait and Hat Trades, is on Thursday 26th November, when Professor Nigel Goose from the University of Hertfordshire will explain their importance in Victorian Hitchin and the county. The meeting starts, as usual, at 8pm at Church House and is followed by refreshments.