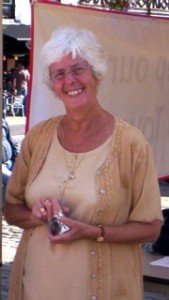 It is with enormous sadness that we have to report the death on Friday 14th August of our President, Scilla Douglas. As many of you know, she had been ill for a number of months.

Despite her deteriorating condition, Scilla had continued to involve herself fully in the Society’s business. Most recently, last month, you may have seen her in her customary role, masterminding the launch of our most recent publication.

Scilla’s contribution to Hitchin Historical Society, as well as to the town as a whole, cannot be overstated. We will miss her greatly. 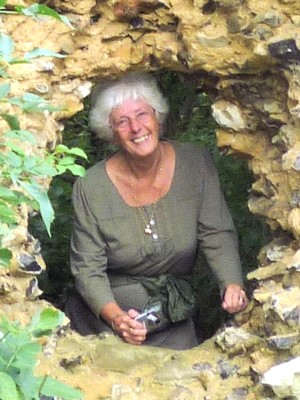 Scilla’s funeral will take place on Friday 4th September, at 12 noon at St Mary’s Church, Hitchin, with a gathering afterwards at the Priory, Tilehouse Street.

Scilla requested no flowers, but donations for The Association of Friends of the British Schools Museum or to MacMillan Cancer Support, care of Chenery Funeral Services, 44 Bedford Road, Hitchin, SG5 2TY, tel. 01462 434375, will be gratefully received.