On 5th November 2011, the launch of yet another ‘first’ by the Society went with a bang! Richard Whitmore, our Film Archivist, compiled some astonishingly varied material for a DVD entitled “A Century of Old Hitchin on Film”. Several fascinating early films of the town and its people, from 1911 to the nineteen sixties, have been lovingly restored. The launch took place at the splendidly refurbished Studio at the Queen Mother Theatre, and sales of the DVD were very brisk. Those present were able to watch a trailer giving a taste of the delights the films have to offer. The Society is very grateful to Richard and to Sam Hallas and Tim Ray who, between them, have made it possible for these cinematic gems to be accessible to all. Many thanks, too, to the Queen Mother Theatre for making their excellent venue available to us. 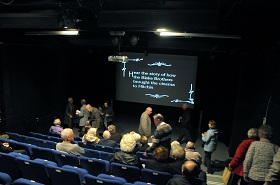 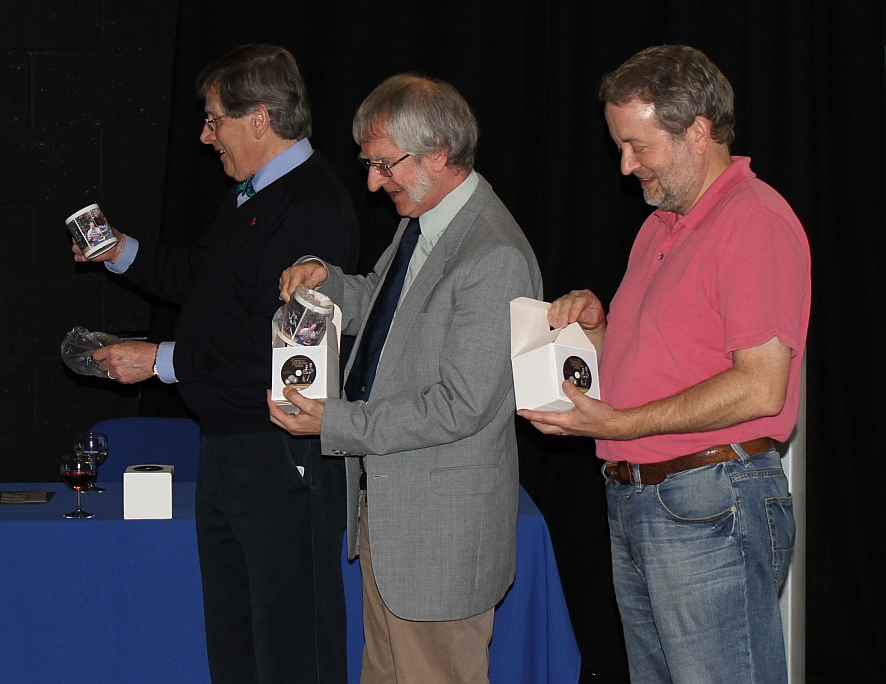 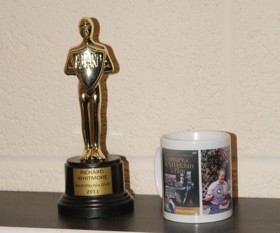 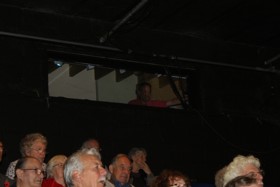 Tim Ray in the projection room 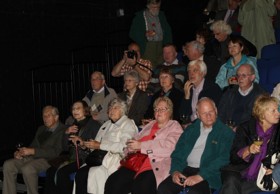 The audience enjoys the preview 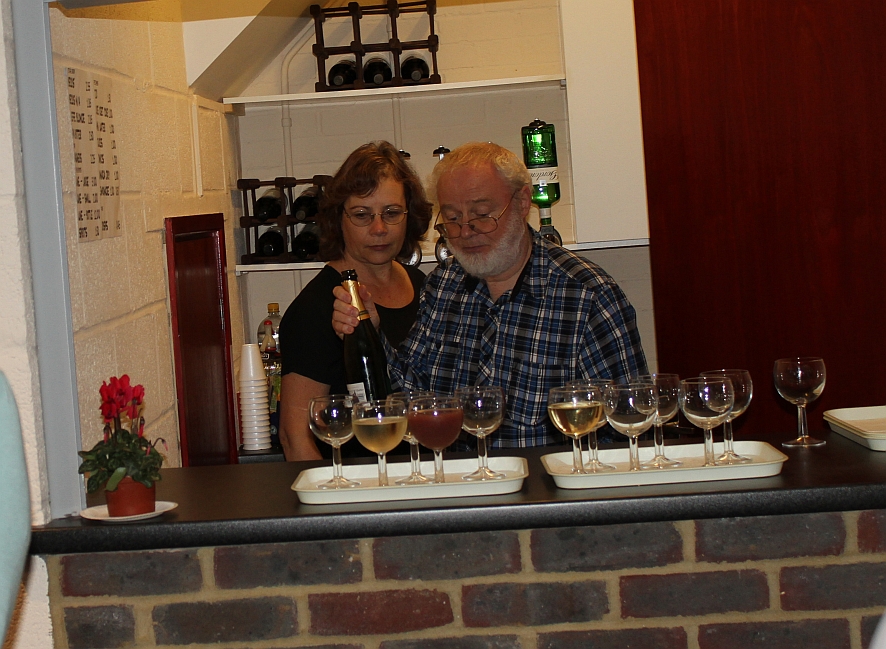 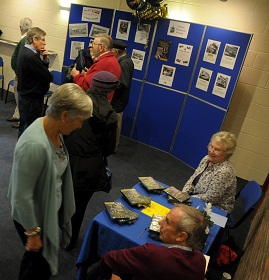 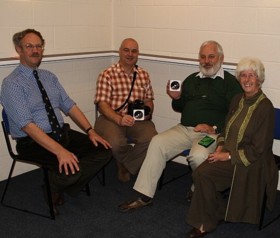