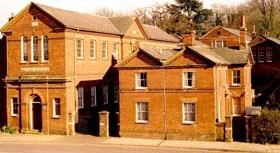 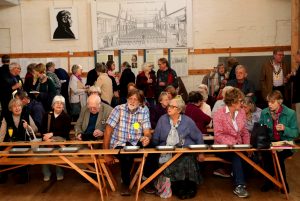 Attendees in the Lancasterian classroom

The book is a collection of articles written by these authors, whose research is presented in beautiful format by Mike Clarke, our Publications Officer, and his team. His tireless work has resulted in what will surely become one of the best-selling books the Society has produced.

As the original Discovering Hitchin book was written partly by the late Scilla Douglas, our much-missed former Chair and President to whom this present publication is dedicated, the attendees included members of Scilla’s family, who were presented with copies of the new book. 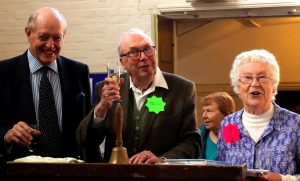 Moving, and humorous, tributes to Scilla’s memory by her first collaborator, Pauline Humphries, and then by her successor, our President, Bob Williams, were very well-received, and with (Chair) Terry Knight’s brief introduction to the book and (Publications Officer) Mike Clarke’s short history of its creation, the tone was set for a relaxed and convivial gathering, tinged with regret at the loss of our dear friend. This publication is a fitting memorial to Scilla’s unstinting contribution over many years to  Hitchin’s local history. 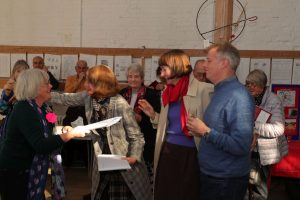 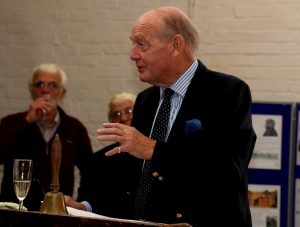 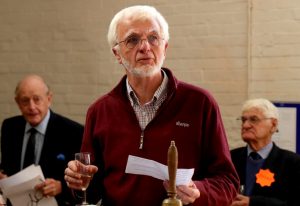 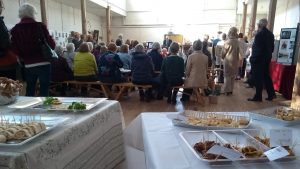 View from the back of the class