Dr Michael Clarke, a retired psychiatrist from Fairfield and the Lister hospitals, gave a fascinating talk on the history of mental health care in North Hertfordshire at our members’ meeting of 27th May 2010. This is a very brief summary of what we learnt, and hardly scrapes the surface of all the research and insight behind Dr Clarke’s talk.

Until the 20th century mental illness was known as ‘lunacy’ and severe learning difficulties was ‘idiocy’. A ‘madhouse’ was a licensed asylum, that is, a long-stay mental hospital, and before about 1950 there was no effective treatment for lunacy or idiocy.

Until 1540 many lunatics were cared for in religious houses, for instance the Priory of St Mary Bethlehem, commonly called Bedlam, which was founded in London in 1247. After the Reformation the responsibility for lunatics and idiots fell on the parishes, and it wasn’t until the seventeenth century that madhouses were established. Even so, most sufferers were still cared for by family and friends with the help of Poor Relief from the parish: Outdoor Relief was given for help at home; Indoor Relief involved transfer to a madhouse. The madhouse at St Albans had space for six patients in 1760-1788 and that at Harpenden Hall for 5 patients in 1834-1881, so most Hertfordshire patients had to go to one of the very large London madhouses.

In 1796 a change in attitude to the mentally ill began with the founding by William Tuke of The Retreat, which was set up in York by and for Quakers. It had a regime of ‘moral treatment’ involving kindness, compassion, respect and hope of recovery, and The Retreat was later opened to everyone. 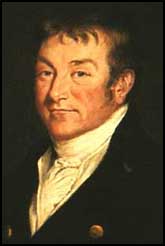 Samuel Whitbread, MP for Bedford, sat on the 1807 Parliamentary Select Committee to review the care of ‘lunatics’, which resulted in the 1808 Lunacy Act whereby asylums could use public funds. He had been instrumental in the creation of Bedford Infirmary in 1803 which was endowed under his will as the first purpose-built local hospital with a county-wide catchment area, and in 1812 he oversaw the opening of Bedford Asylum in Ampthill Road, Bedford. This asylum started with 82 patients and by 1856 had 299 patients, at which point the Three Counties Asylum at Fairfield was built.

The treatments at Fairfield Asylum were bleeding, purging, opium, cold and warm baths, and cooling the head in cold water while heating the body in hot water. Dr Clarke reminded us that there was no effective treatment.

If you are interested in finding out more about the two local asylums mentioned above, you may like to know that the original records are held at Bedford Archives. Bedford Asylum falls under two references, LB and LR; and Fairfield’s Three Counties Hospital from 1860 falls under several references: LF, HO.LN7, LR, LT, PAV2 and PAV28. The catalogues for these references, on the searchroom shelves at the archives, will guide you to whatever particular aspect you are looking for.

Mike Clarke’ s book Cold Baths Don’t Work – A History of Mental Health Care in the Hitchin Area was published by Hitchin Historical Society in 2011. To buy a copy, click the link.